OTP 2FA in Ruby on Rails with ROTP

Implementing two factor auth with one time passwords is a great way to add additional security for your users.


2FA or two factor authentication is when a system requires two steps to log a user in e.g. username and password, then a code sent via email or SMS.

OTP 2FA or one time password 2FA is a more user friendly solution as the code is generated on the users device by sharing a secret between the application and the user. To configure OTPs the user will first scan a QR code that contains the secret, with an application like Google Authenticator or 1Password. Once configured the users device will be able to generate an OTP which will be valid for a specified window of time. Normally 15-30 seconds.

With the rtop gem OTP 2FA is really simple to setup.

I’m going to assume you have a user setup with some pre-existing authentication system, most probably Devise.

Let’s install rotp and rqrcode so we can generate qrcodes to scan from your favorite password manager.

To configure ROTP we need to add an `otp_secret` column and a `last_otp_at` column (integer, not date) to our User table which will be used to generate the next OTP for validation.

Generating the secret and verifying the user's first OTP

Now we’re going to need to allow users to configure OTPs. Where you do this in your app is up to you, from a UX point of view there are two options


To create an `otp_secret` we need to generate a base32 string using the ROTP lib and then verify the user has setup their authenticator correctly before saving the secret to ensure we don’t lock the user out of their account.

I will do this all in the controller so it’s easier to demo but I recommend abstracting somewhere else, for example form objects, service objects, or interactors.

Now you should have something that looks like this

That's it for setting up the user. Now we just need to take care of forcing the user to enter their OTP code when signing in

Verifying the OTPs on sign-in


If you are forcing all users to secure their accounts with OTPs it's as simple as adding a text input to the sign in form and validating it, however, if OTPs are not mandatory you will need to check if OTPs are enabled during sign-in and defer sign-in until the user successfully verifies an OTP.

The logic to validate OTPs is pretty simple. We've already done it once, we need to modify it a little to include the last_otp_attempt

That's all there is to it. This article is enough to get you up and running however there are some other things to consider here: 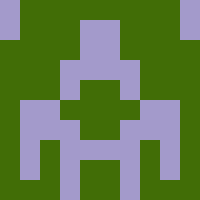 badar
January 14th, 2022
google-authenticator provide me qr code but it does not match my project generated qr code 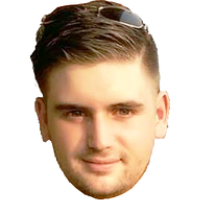 Joe Woodward
January 14th, 2022
Hi Badar. You need to confirm the secret for the google-authenticator matches with the one generated by the rails app. If they match then you should be able to generate an OTP code that the rails app will accept.