Get your calculator app ready.

Not necessarily.
Image size (in px format and so on) doesn't matter much when it comes to vector-based design tools because most of your elements in there aren't actually pixel dependent.
When we designers are talking about ‘resolution’ we basically mean the number of pixels lining up on a screen. Having more pixels should mean we’re getting sharper images, right?

Unfortunately, modern screens come in different sizes and shapes which result in a different ‘density’ between devices. If you’re curious about how phone manufacturers deal with devices and screen fragmentation, check out Android and iOS developer documentation

The developers would typically communicate to designers using px and various forms of a percentage (%) as a reference point. There may be some talk of relative length units like em or rem to some degree.

Fortunately, if you’re working with commonly-used smart devices on the market. It is now pretty simple to follow whatever sizing your tools provide - It even shows you the actual sizes on the screen for reference.

However, when working with weirdly-sized devices, you might discover that your design preview (on the actual device’s screen) is a bit distorted. This is because in design tools like Figma, the frame is enlarged to fit the screen you’ve previewed it with which is NOT how these devices will be implemented in production.

Make sure you correctly set up Constraints and Layout so the design is responsive to your adjusted screen/artboard/frame. If need be, create a preview of multiple aspect ratios for your developers to navigate their way around how to implement your vision correctly.

Whenever you want to expand upon your collection of design screens, consider adhering to the design conventions of these 3 main categories of devices while creating additional screens.

How will developers deal with my design?

Depending on what tools and platforms they’ll be using, developers will interpret your designs differently. It’s best to have a review session with them and learn how they inspect your design as opposed to what you made.


Try poking around in the inspection tools and you could see that, if designed correctly, handoff will be a breeze with minimal friction between you and your coders.

If you happen to be poking around in the inspect tab in Figma or handoff tools. You could see that if implemented correctly, all those different units should be interchangeable with px (as in 1:1 conversion). This is because the developer could easily multiply UI elements to fit with their target devices using the conversion multiplier provided within the developer tools.

Unlike Sketch where your design is not resized and scale in any way, Figma does manipulate the actual frame (enlarge or shrink) to fit the ratio of the device you're viewing it on.
With that in mind, how can you be sure that a 40px-high button in Figma Mirror shows it's the actual size in pixels as it would on a real app/phone? Either you:

So my button is what it actually looks like on a screen, right?

Not that simple, though.
Most mobile devices today operate on a multiplier format where you have a design and it would scale itself up to 1-3x to fit the screen area you’re using.
For example, iPhone resolution is in the multiplier format (1x,2x,3x) so what matters is that you set your screen ratio according to your viewing devices to align with the screen you're doing. The iPhone Max frame preset in Figma is 414 x 896 px while it actually displays on 2688 x 1242 px. So Divide it with a calculator and it reads 3x so keep in mind that everything you do in Figma will be enlarged 3 times than its actual pixels.

Remember that doing the designs on the actual resolution is not recommended because the dev has to input 1x numbers when they implement a design and you'll be giving them 3x sizing if you manually scale the default Figma frame preset to reflect the actual iPhone 11 Pro Max resolution (2688 x 1242 px).

Usually in a project team, native app developers will either:
They will have to input the 1x numbers and the developer tools will scale the actual pixels for them. (3x on iPhone Max series and so on)

Like how you order your layers or name components, there is some legroom to interpret a design into production. Make sure you communicate your design clearly with developers and you might learn a thing or two about how they operate and code out your beautiful designs.

16 December, 2020
I'm a full-time Product Designer (and a Front-end enthusiast) at OOZOU in Bangkok, Thailand
Share: 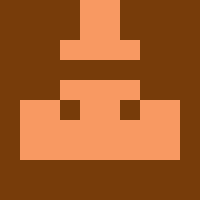 orhan
December 2nd, 2022
Can you post a figma design file into ios app store, also how do you make it where when someone downloads your app on app store it fits their specific resolution